Last month I had the pleasure of writing an essay for Allison Janae Hamilton’s very powerful art exhibition titled Wonder Room. As stated in the press release about the project: 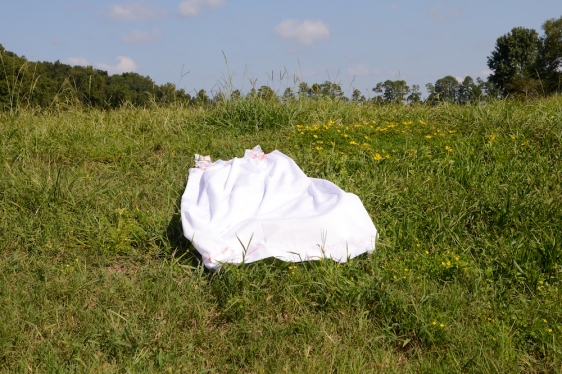 “Many of the sights, sounds, and imagery featured in the installation space come from Hamilton’s home regions within the rural American south. By infusing Recess’s Soho storefront with these materials, Wonder Room creates a deliberate play between the gallery’s urban surroundings and the project’s rural imagery. In this way, Wonder Room points to the impact that migration has on our relationships to landscape and the complexities of addressing rural space within an urban context.”

Viewing Hamilton’s work made me think about a popular southern euphemism, “you smell like outside.” Me being the nerd I am, I theorized it as a framework for thinking about southern black folks’ agency and its connection to the outdoors.

Here is an excerpt:
As a scholar and creative writer who writes about the south, I often wonder about the connection between black people and the physical landscape of the south like plantations, railroads, front porches, backyards, and farmlands. The historical and cultural reckoning done in these spaces signifies the southern outdoors as a type of lingering testimony to resilience in the wake of how the south is often unforgiving to black folks. When talking about the south, very rarely do we talk about the not-so-sweet smells outside of magnolias, peaches, and honeysuckle. Black folks smelling like outside from a historical context signifies the sonic, olfactory, and industrious labor of enslaved people with little benefit. Imagine smelling the swaying bodies of black people working in the heat in tandem with the mingling of dirt, dust, blood, grunting, and sweat. Smelling like outside was an invisible by-product of slavery as an institution. It represented the believed social and cultural inferiority of black people without doing the work of recognizing that a slave’s smell also signified the backbone of how the Antebellum South sustained itself as prim and proper. In other words, before rapper Cool Breeze deemed the post-Civil Rights South the “Dirty South,” a contemporary moniker of race and class that departed from the sanitized narrative of the Civil Rights Movement, enslaved men and women’s work reflected what literally and physically made the South dirty.